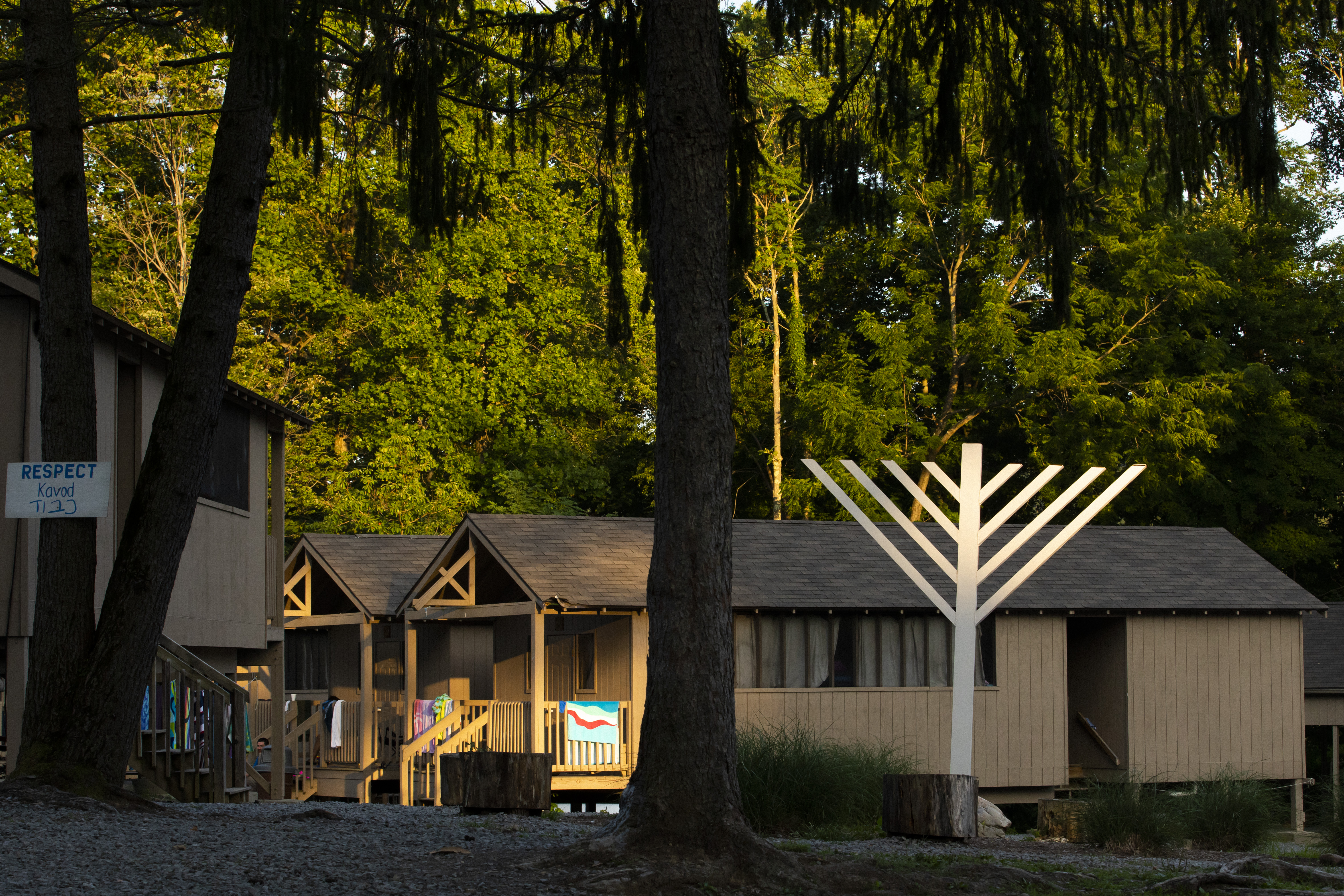 As we prepare for our 2nd Kabbalat Shabbat of the summer, we are about 60 campers smaller in size. Early today we said “farewell and see you next summer” to most of our two-week campers. As our Camp Community adjusts to our new size – I am so grateful for the two-weeks we had with everyone, after 22 months without Campers. There were a lot of highlights for me, most specifically being able to teach Archery, trade jibits (for Crocs), and joke around and laugh with the campers. What I will never forget is hearing the Dining Hall go nuts after we shared that all of the COVID-19 tests had come back negative. It felt like a miracle and I know that it took all of us partnering to make it happen. Our own miracle this summer reminded me about the Mi Chamocha and how it is tied directly to the Israelites fleeing Egypt, approaching the Red Sea. As one of the Israelites began to enter the water, he chanted the words of the Mi Chamoacha, until he was nearly nose deep in water – then the miracle of the splitting of the Red Sea took place, giving the Jewish people the opportunity to safely cross. The words of the Mi Chamoacha reminds us that God can do incredible things, “Who among the gods is like you, Lord? Who is like you – majestic in holiness, awesome in glory, working wonders?”. Then, on the other side of the Red Sea, Miriam and the other women began singing and dancing with their timbrels – “all night long” – which likely would have happened in the Dining Hall, too, if we hadn’t started the meal!

This week’s parsha, Pinchas, is named after a grandson of Aaron, who received two rewards for his actions: the priesthood and a parsha honorific. Interesting note, that though there are 54 Torah portions, very few of them are named after a person. This parasha begins with the smaller details of one individual before jumping out to focus on yet another Israelite census. Unlike earlier censuses, this one is focused on names and lineage, implying each person accounted for is an individual, not a number. The Israelite tribes are then given land depending on their share of the population. Very quickly, the concern for the collective flips to concern for the individual when 5 Israelites, who are unaccounted for and thus receive nothing, step forward. The 5 daughters of Zelophehad wanted their father’s to not be lost on account of having only daughters. In a biblical game of quasi-telephone, they took their case to Moses who took it to God. God, in turn, told Moses that their plea was just and gave them their share of land.

Now, as we make our way to the amphitheater to begin our Kabbalat Shabbat, we wish you a Shabbat Shalom,